We must avoid the eyes, most roads in Scotland are not "fantastic". They are generally well maintained but there are many blind summit, one way, turns, etc ...

Blind summit: This term refers to small rises in the road, with the feature to see the continuation of the road when you reach the top of the small climb. It is sometimes dangerous when peak arrived in the road, you realize that there is a curve or a car coming the other way.

One way: What we call simply a one-way roads. In itself this is not a novelty that a country has many one-way roads, but it is rare that a "major" road is one way. There are roads and dozens of kilometers, large enough, which is one way. With fortunately very regularly places to double, to be double or pass cars arriving in the face.

Strange as it may seem, two new bridges to pay tribute to Glasgow Scottish roads. That would have been difficult to guess if a worker does not explain him.
The photo gallery below shows these bridges.
The first bridge, for pedestrians, symbolizes the turns and curves of roads in Scotland. Therefore, the bridge is S-shaped (I must admit it is unusual).
The second, if I did not say silly things, shows the blind summit. 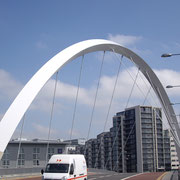 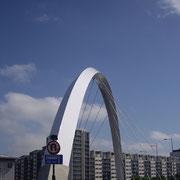 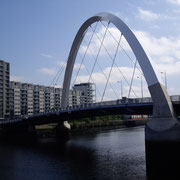 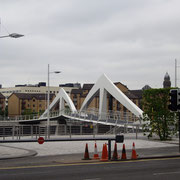 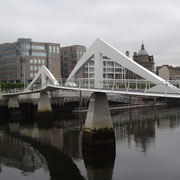